Today I was saddened to learn that Sabine Schmitz passed away after an extended struggle with cancer. The first hot lap of the Nürburgring I can remember watching was Sabine driving the BMW M5 “Ring Taxi.” It seemed somehow appropriate to sim race a few laps of the Nordschleife with a BMW M6 GT3 in her honor. My first lap was just okay, and in my head I heard Sabine’s voice say, “I do that lap time in a VAN” so after putting together some good laps, I switched to the only van in Gran Turismo Sport (VW Sambabus Typ 2) and ran the ring one more time. We’ll miss the Queen of the Nürburgring.

For those of you know don’t understand the Star Wars references (SRSLY what?!), I am once again channeling my favorite Jedi, Obi-Wan Kenobi in order to stretch out with my feelings.

This time my son Griffin was the camera operator and also on-set foley artist. 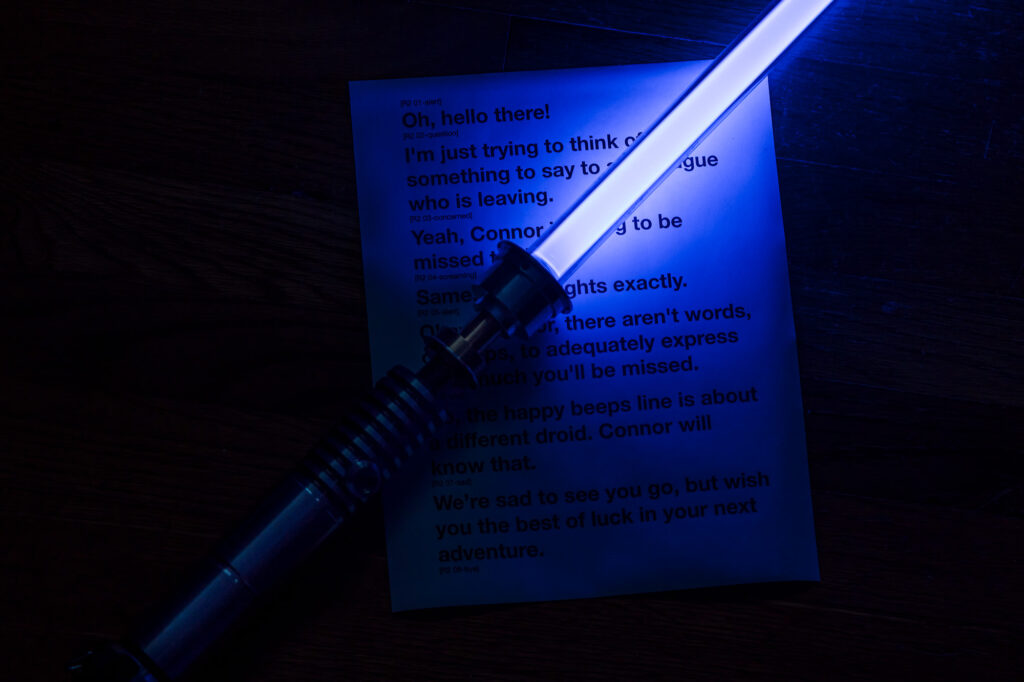 A proper #UMSocial send-off video with love for Connor from everyone:

The global pandemic has made working from home the norm for me and others at the university. When faced with the challenge of needing to say goodby to a longtime colleague and friend remotely, we decided to record video messages that could be shown during a Zoom party. Being very dear to me, my video for Lee needed to go the extra mile. I enlisted the help of my daughter to work the camera and lighting. Below is my heartfelt message:

For those of you know don’t understand the Star Wars reference at the end (what?!), they are the words of my favorite Jedi, Obi-Wan Kenobi.

We are a Star Wars family, so finding a lightsaber to use as a prop was easy.

Anneka was fantastic behind the camera, starting and stopping the recording, keeping an eye on and adjusting the lighting, and giving feedback on the quality of the takes. She also helped me plan the order of filming, capturing the Jedi scene first before I shaved off the wild whiskers that really completed the desert hermit look. 😂

I was really taking photos during the photo hobby scene, and managed to capture a cool photo of Anneka through the ring light.

Also, in case you are wondering about how things work now that we live in Zoom world, you can be business suit on top with adventure shorts and sandals on the bottom. 🤣 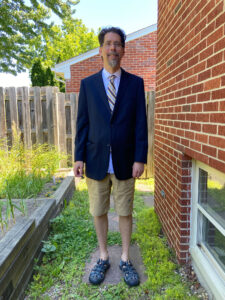 I got the idea to create a 35 image stitch of a massive tree (7 rows of 5 horizontal frames) while it was still bare from winter. While processing the images, I found myself attracted to a college layout where I intentionally didn’t blend the frame edges.

This reminded my of a college I produced of my father, back in the film and print days. I shot 2 or 3 rolls of film with a telephoto lens, then literally cut and pasted the prints down on matte board. Eventually I made a medium format negative of the original and made the print that hangs in my home not far from where I write these words, 1,117 days after my father passed away.

I wanted to do a post about this in case anyone else runs into this issue. 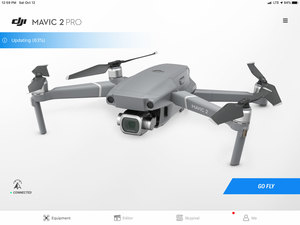 This weekend, I was prepping my DJI Mavic 2 Pro for flight by running the latest firmware updates and making sure the batteries were all charged and also up-to-date. It was a beautiful sunny morning, so I brought all of my gear up into the living room so I could enjoy the light. (I generally perform these updates in my basement studio – this will become relevant in a moment.) I fired up the Mavic and controller and initiated the update. Soon after my son, who was sitting on the sofa working on his laptop, complained that the internet wasn’t working. Sure enough, everything was timing out on my phone as well. I turned off my phone’s wifi and connected to my Google mesh wifi routers and discovered that 2⁄3 of my network had a status of poor or offline! 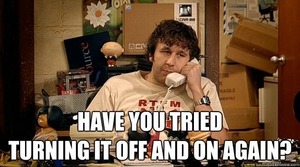 Step one of troubleshooting the network is to reboot it. Hmm, that didn’t work. Step two: pull physical power from each unit, then turn each one one in sequence, starting with the master at the modem. Test after each step. Everything is happy in the basement. Moving upstairs, things are not happy. The furthest mesh from the living room is poor, and the one in the living room is still offline. What is going on?! Google… nope, nope, nope. YouTube… nope, nope, wait! Of course. The Mavic and controller, doing it’s update thing right in the middle of my living room, is overpowering my wireless network. Sure enough, once everything was updated and powered off, my entire network returned to normal.

We celebrated by going flying!

2,295 players total and a stage full of trophies!

The 2019 National Elementary Championship was held May 10-12 at the Gaylord Opryland resort in Nashville, TN. This year’s event had 2,295 players spread across 12 sections playing seven rounds of classical chess over three days. Players hailed from 46 states including 91 players from our great state of Michigan.

The time control for this event was G/90;d5 which was a true classical chess experience for these young players. As you might expect for such a large event, the logistics were highly organized with plenty of tournament staff on the playing floor and outside in the chess control office. Kudos to all of the US Chess Federation staff who managed this tournament like a well-oiled machine.

The majority of kids played in the vast Delta Ballroom. Once the frenetic bustle of finding boards and bidding farewell to parents and coaches was completed, the doors closed and after brief announcements came the call to “Start white’s clock!” After handshakes and the clack of the clocks the rounds began.

You can use this link to browse all of the results

Once again I was so impressed with the concentration and determination of these players. I quickly and quietly circulated for the 15 minutes allotted to press and photographed the room. I recognized many faces from Michigan tournaments, some of whom are represented in the gallery accompanying these words.

The opening minutes go by in the blink of an eye and was always disappointed to feel the silent tapping of the timer on my wrist indicating it was time for me to exit. Outside the ballroom I joined the other parents and coaches, watching the doors for their player, trying to read their expression. As a chess parent, I know Tom Petty was right: the waiting is the hardest part! Potentially 3+ hours for games that went the distance. I left Nashville with even more admiration for the concentration and stamina of these young players.

Saturday, March 23 dawned bright and early as my son and I finished breakfast and headed off to Oakland University for the 2019 Michigan Junior Chess Championships. Tournament days are always exciting and full of promise. Our ride to Rochester was occupied with a mix of music and conversation.

The Oakland Center was a spacious and modern events facility with plenty of room, seating and some on-site food options. We arrived early enough to pick a spot near where the pairings would be posted and settled in. On tournament days, we like to pass the time between games either reading, stretching our legs outside, or playing each other.

Once the first pairings were posted, we headed into the K-5 playing room to find my son’s board and get set. The lighting and setup were quite nice. Since I have also been photographing matches for use by the MCA, I took up a position at the edge of the room and listened to the opening announcements.

Then, with the shaking of hands, the round began. I’ve been so impressed, given that the room is filled with young kids, how a silence descends upon the room with the only sounds being the clack of pieces being moved and clocks being triggered.

This is a point that is really striking for me as a parent. Chess is a game of concentration and discipline. I can see the concentration in these young faces as they play each other. I also love the sportsmanship aspect of these tournaments. Games begin and end with a handshake. Opponents over the board laugh and play together outside of the playing room. Chess challenges the brain, teaches patience, discipline, and sportsmanship. I am so happy that my son enjoys the game and is able to play in a wide variety of tournaments run my the MCA.

If the K-8 room was quiet, the high school room was silent. With a much longer time control, there were no quick moves to be seen. Just stony faces of concentration. These young competitors were playing at a high level. The ratings in this room ran up to nearly 2500 with a majority of the players over 1000. This was a room to tiptoe around the edges and capture a few images with a long lens.

Round one turned into two, three, four, and five and before I knew it the days was done and it was time for the awards ceremony. I’m always pleased how many players stay and cheer for their peers that earned trophies.

A few closing thoughts for other parents. The International Olympic Committee has recognized chess as a sport! I believe it based on the energy my son expends in a day. We have found these tips to be valuable in preparing for scholastic tournaments:

As always, we are looking forward to the next tournament.

I’ve spoken about this at Communicators’ Forum, and nearly every talk I give on campus.

Using, or worse yet requiring www (as some University sites still do) is a holdover from an earlier age. It’s an anachronism, like saying aitch tea tea pea colon slash slash when verbalizing a web address. It makes the University look less modern. Using www before a subdomain (like www.thing.umich.edu) is an even larger faux pas. 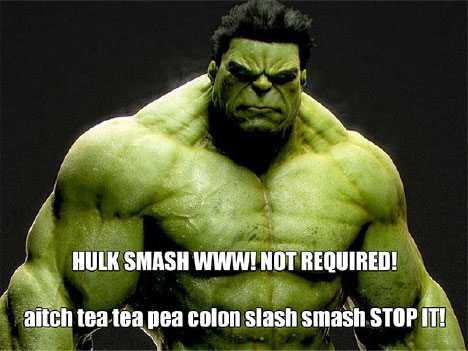 You can certainly configure your webserver to accept the vestigial www, but then redirect to a cleaner URL without it. For example:
www.twitter.com, www.duo.com, www.umich.edu, and www.wordpress.com all accept and redirect to clean URLs.

It might seem like a small thing, but it’s a detail that contributes to (or with the use of www, takes away) the impression of modernity. We need to stop punishing our audience visually with the cruft of tech minutia. We try to lead in so many areas, let’s be sure that our digital communications practices lead too.

Thanks in advance for doing your part to set the example for the rest of the University! If you have trouble configuring a site please feel free to reach out to me and someone on my team will help.

The use of www has never been required by any global technical policy or standard. There is absolutely no reason to use it.

Fun fact: The first use of www (and its resulting popularity) was actually a mistake according to Paolo Palazzi and Tim Berners-Lee. They configured the DNS records for the CERN laboratory incorrectly, and never bothered to fix it.

TL;DR
The use of www is completely unnecessary, and is an old tradition based on a mistake. We need to stop using it. 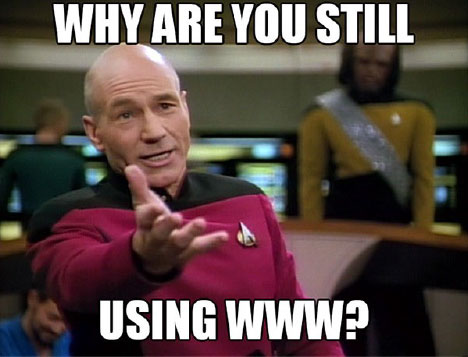